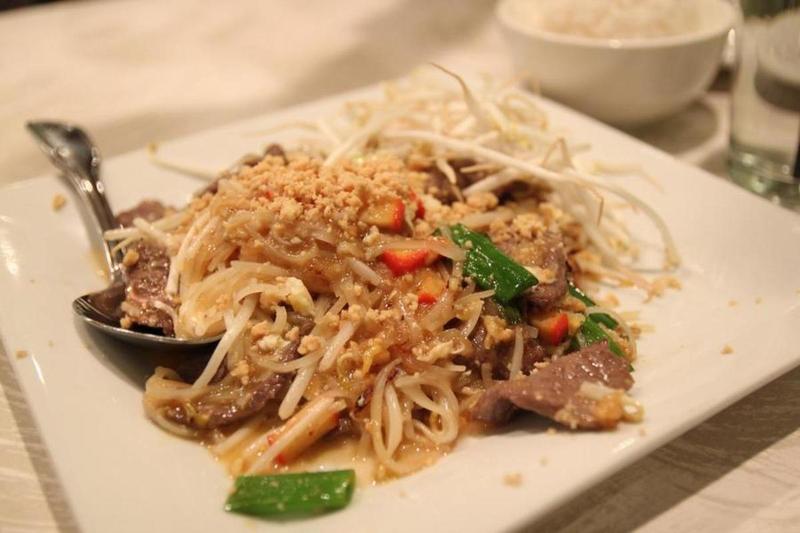 The Northeastern area of Thailand is known as Isaan Province (ภาคอีสาน ee-săan). It is surrounded by Laos to the North and East, Cambodia to the South, and Thailand to the West. Isaan is located on the Khorat Plateau with the great Mekong River bordering it’s Northern boundary. Around 21 million Thai’s are home to this territory, which happens to be famous for it’s cuisine!

Family gatherings are a huge part of the Isaan culture and food is always present. Meals are often leisurely periods of time to enjoy eating Thai food and times to socialize while eating an array of dishes. Sticky Rice is the staple and an abundant form of energy in Isaan.

Issan has developed a multitude of outstanding dishes that have become famous throughout the world. Thai Papaya Salad also known as Som Tam originates from Isaan and is now one of the most sought after Thai dishes around. Meat salads like Larb Moo and Nam Tok Moo are hugely popular as well. Grilled meats are marinated before being char-broiled to maximize sensational flavor. Fish are often coated with a thick layer of salt before being grilled in order to retain natural moisture and add flavor. ﻿

Most Isaan dishes served with sticky rice and are characterized by fiery chilies, strong fish sauces, sour bites, and flavorful saucy mixtures. Many dishes are prepared as salads with a spicy and sour (also fishy) sauce, convenient to be used as dipping sauces for balls of sticky rice.﻿﻿ Some of the sauces are notorious for being pungent and smelly or even giving “tong sia,” stomach aches. 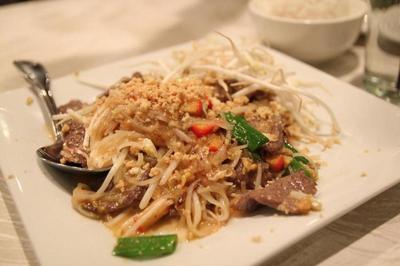 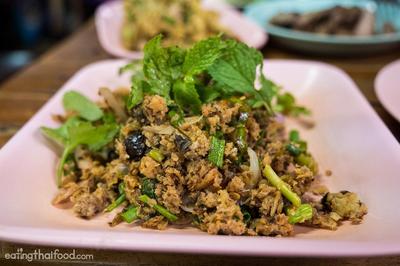 Nam Tok Moo
(0 ) น้ำตกหมู (Thai) (Thai-isaan)
The pork is lightly grilled, mixed with a host of herbs and spices and dressed in lime juice and fish … 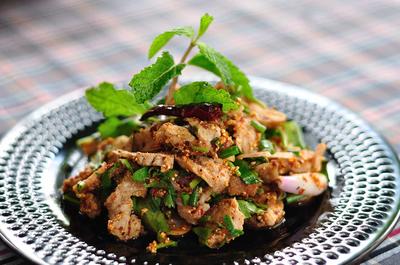 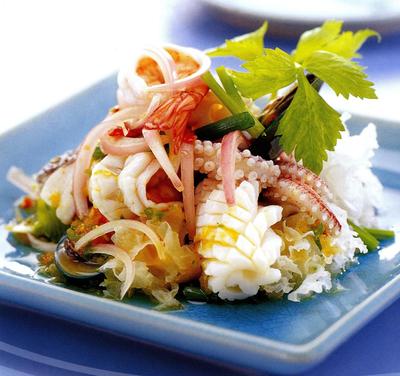 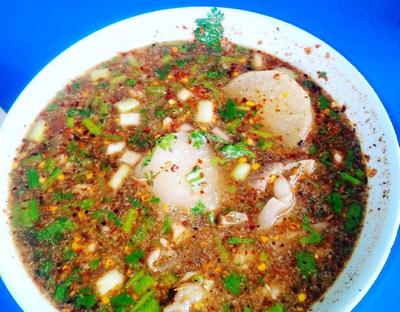 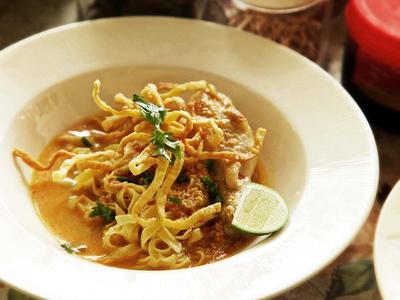 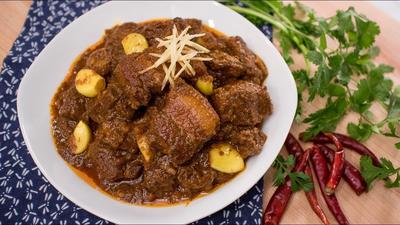