A traditional meze or light meal on the island of Crete, dakos is often called "Greek bruschetta," and is easy to make with few ingredients. The original recipe calls for barley rusk, which is a really dry bread and is sprayed with water to moisten it. This recipe can be updated to use whatever rustic type bread you have on hand.

Dakos is a Cretan meze consisting of a slice of soaked dried bread ... 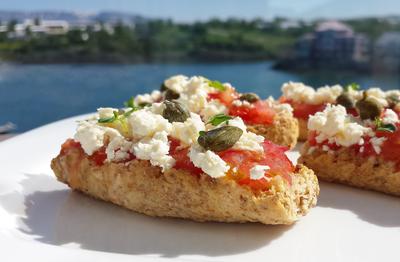 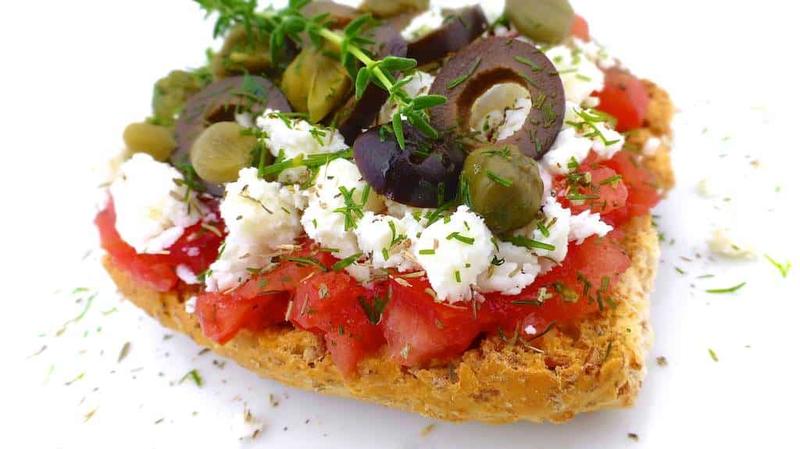