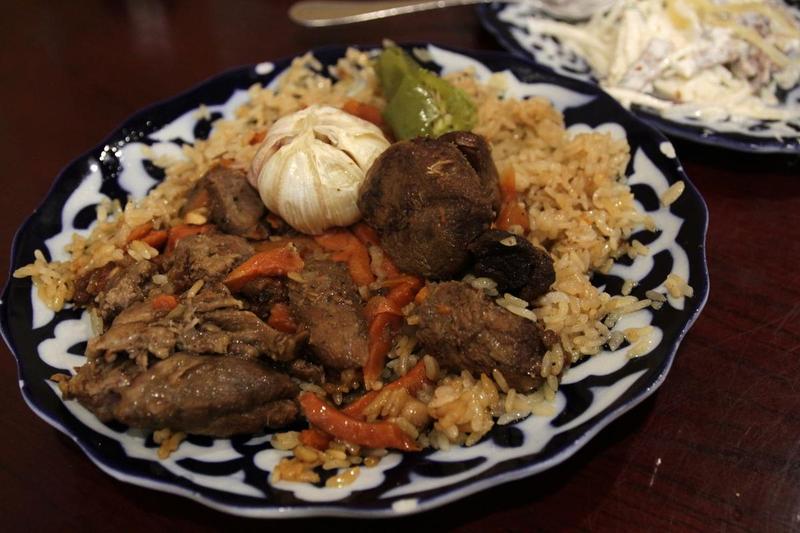 Uzbek cuisine is influenced by local agriculture, as in most nations. There is a great deal of grain farming in Uzbekistan, so breads and noodles are of importance, and Uzbek cuisine has been characterized as "noodle-rich".[1] Mutton is a popular variety of meat due to the abundance of sheep in the country and it is a part of various Uzbek dishes.

Uzbekistan's signature dish is palov (plov or osh or "pilaf"), a main course typically made with rice, pieces of meat, grated carrots and onions. It is usually cooked in a kazan (or deghi) over an open fire; chickpeas, raisins, barberries, or fruit may be added for variation. Although often prepared at home for family and guests by the head of household or the housewife, palov is made on special occasions by the oshpaz, or the osh master chef, who cooks the national dish over an open flame, sometimes serving up to 1,000 people from a single cauldron on holidays or occasions such as weddings. Oshi nahor, or "morning plov", is served in the early morning (between 6 and 9 am) to large gatherings of guests, typically as part of an ongoing wedding celebration.

Other notable national dishes include: shurpa (shurva or shorva), a soup made of large pieces of fatty meat (usually mutton) and fresh vegetables; norin and lagman, noodle-based dishes that may be served as a soup or a main course; manti (also called qasqoni), chuchvara, and somsa, stuffed pockets of dough served as an appetizer or a main course; dimlama (a meat and vegetable stew) and various kebabs, usually served as a main course.

Green tea is the national hot beverage taken throughout the day; teahouses (chaikhanas) are of cultural importance. The more usual black tea is preferred in Tashkent. Both are typically taken without milk or sugar. Tea always accompanies a meal, but it is also a drink of hospitality, automatically offered green or black to every guest. Ayran, a chilled yogurt drink, is popular in the summer, but does not replace hot tea.

The use of alcohol is less widespread than in the west, but wine is comparatively popular for a Muslim nation as Uzbekistan is largely secular. Uzbekistan has 14 wineries, the oldest and most famous being the Khovrenko Winery in Samarkand (est. 1927). The Samarkand Winery produces a range of dessert wines from local grape varieties: Gulyakandoz, Shirin, Aleatiko, and Kabernet likernoe (literally Cabernet dessert wine in Russian). Uzbek wines have received international awards and are exported to Russia and other countries in Central Asia. 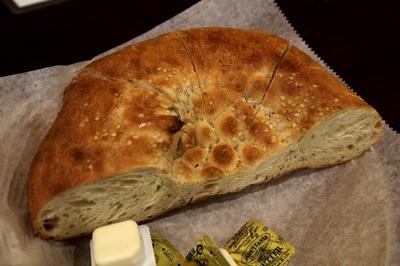 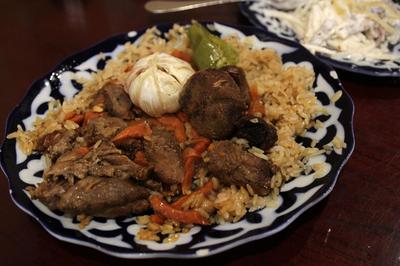 Lagman
(0 ) (Uzbek)
Lagman is a Typical Uzbek dish. Made with thick egg noodles 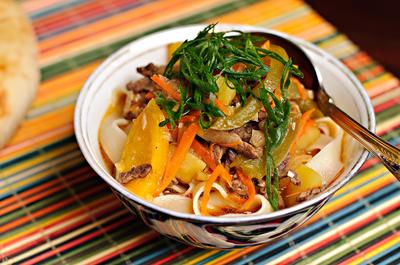 Kuurdak
(0 ) (Kazakhs) (Kyrgyz) (Turkmen)
Kuurdak is a traditional meat dish made in Central Asia, especially among the Kyrgyz. Kuurdak is one of the main … 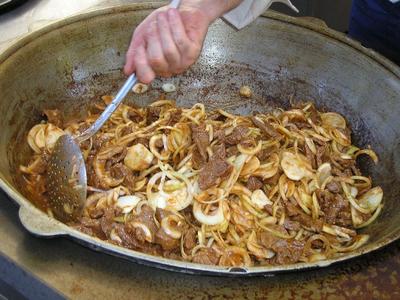 Laghman
(0 ) Kalli, Dau Dau (Kazakhs) (Kyrgyz) (Uzbek)
Laghman is a Central Asian noodle dish. It is especially popular in Kyrgyzstan and Kazakhstan. It is noodles topped with … 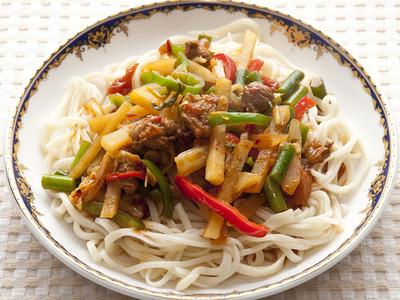 Shelpek
(0 ) (Uzbek)
Shelpek is a traditional Central Asian flatbread commonly consumed all over the region. The main ingredients of shelpek are flour, … 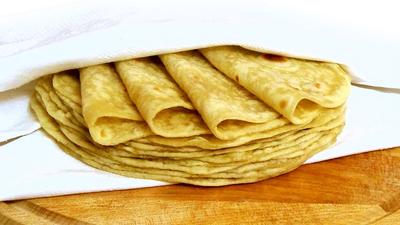 Dimlama
(0 ) Dymdama, Дамлама (Uzbek)
Traditional Uzbek dish made of stewed beef, cabbage and carrots made in a Khazan pot 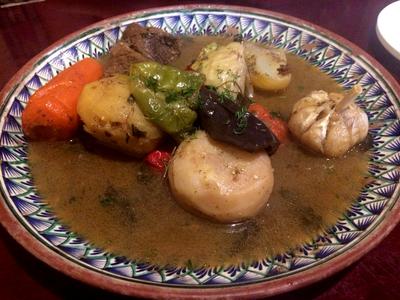 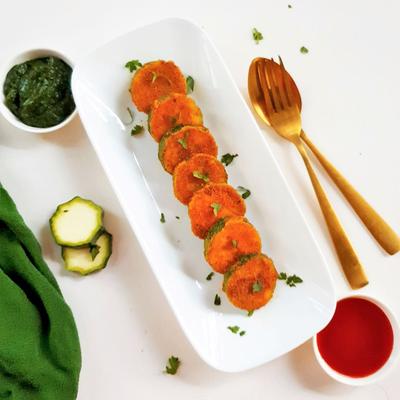 Zucchini Fry (Indian)
Zucchini fry is an easy Indian snack made from zucchini, Indian spices and a mix of gram flour and rice … 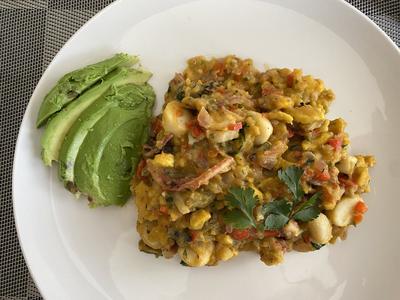 Majarisco (Ecuadorian) (Peruvian)
Majarisco is a traditional dish from Ecuador and the Tumbes region in Peru. It is a seafood version of the … 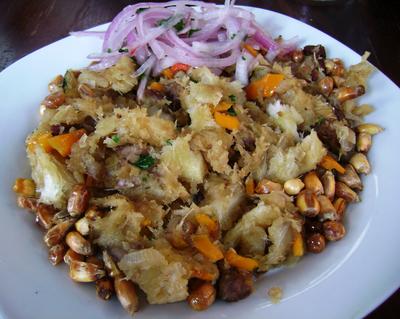 Majado Majado De Yuca, Majado De… (Peruvian)
Majado is a traditional dish from the Piura region in Peru. It is made by roasting plantains or yucas and … 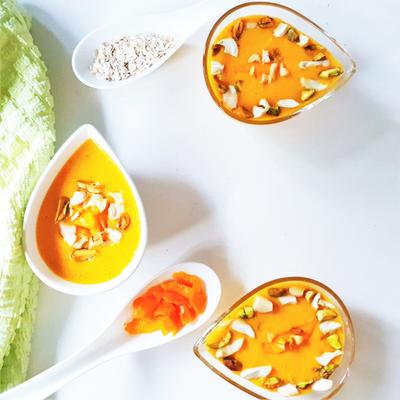